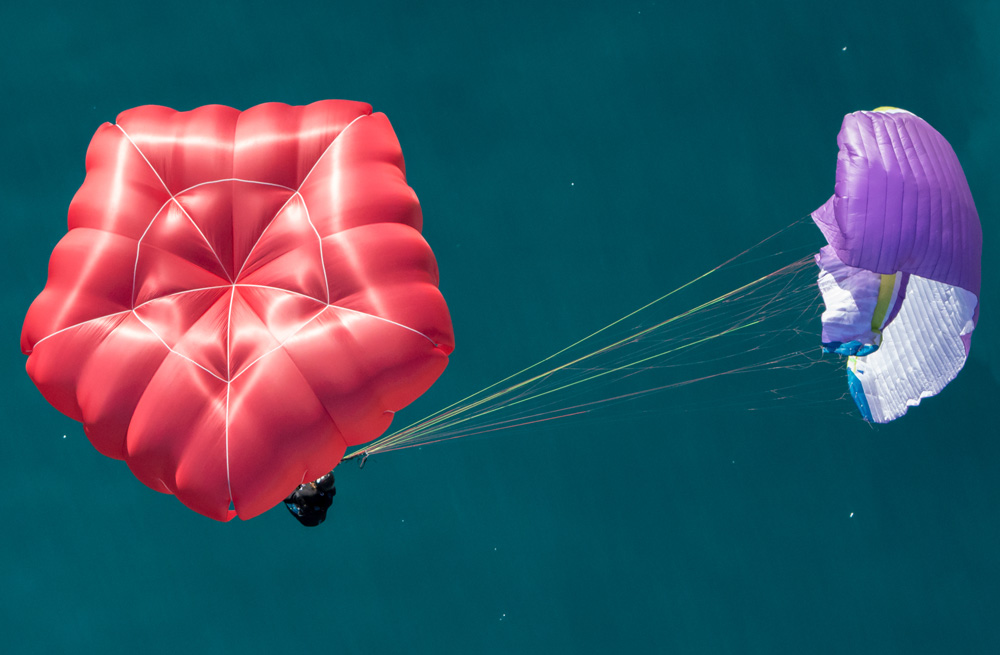 Five sides for a high pendular stability. The five-sided shape is self-stabilising: if the PENTAGON experiences a pendular impulse towards a corner, the restoring force will automatically act in the opposite direction. Opposite a corner is an edge, where the airflow is significantly different and this counteracts unwelcome oscillations. The resulting pendular stability is excellent. Quick to open, slow to descend. The sink rate is extraordinarily low: during certification, with maximum load, the Pentagon 120 had a sink rate of 5.2 m/s.

Intensive testing
The PENTAGON was designed in collaboration with Urs Haari of High Adventure. Urs drew on his experience of over 300 deployments with various parachutes.
He extensively tested the PENTAGON during the different design phases. The focus was on tests with the paraglider attached. In practice, this is much more common than the certification test scenario where the paraglider is jettisoned. The practical tests were supplemented by flow simulations of various designs. In the end, the Pentagon was the best of all solutions. 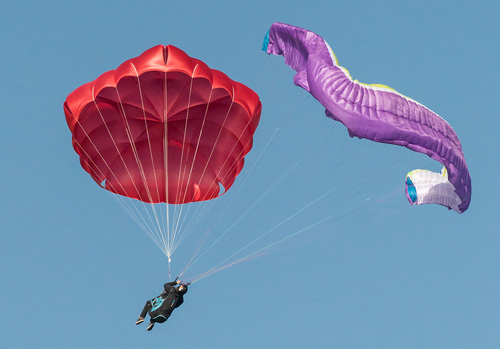 Five corner vents for fast opening. Five corner vents assist inflation during opening. Opening is faster and more reliable than with conventional parachutes. This is not only critical when close to the ground, but it also reduces the risk of the parachute getting tangled in the paraglider’s lines before opening.

Equal suspension line length for uncomplicated packing. A prerequisite for quick opening is that the parachute is packed regularly. The PENTAGON is quick and easy to pack. The base and centre lines are all the same length and equal distance from each other. They are also colour-coded. This means that the risk of errors during packing are minimal. 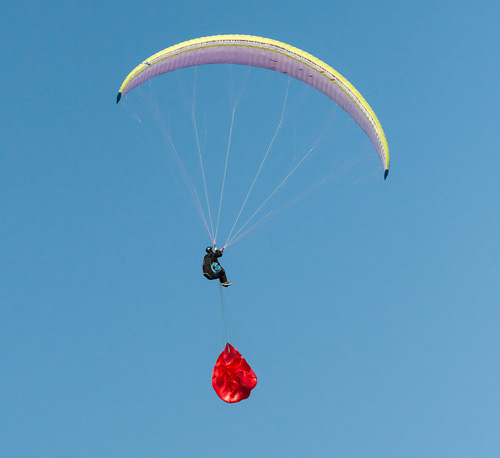 Water-resistant materials
The PENTAGON is one of the few parachutes to have passed both the EN sink rate tests, with subsequent water landing, with the same test chute. This means that after a water landing during an SIV course, there is no reason for concern about the parachute’s operating functionality. This is thanks to the Edelrid lines and the high quality Porcher Sports cloth, which retain their material characteristics even after extensive contact with water. 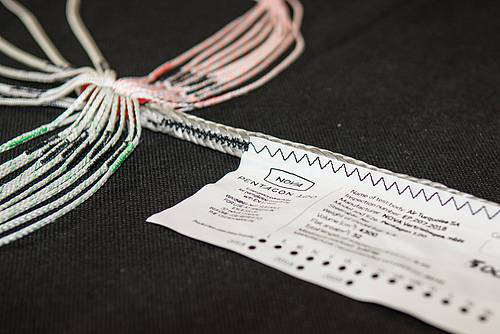 Due to the short lines, the time between deployment and the lines being taught is very quick. The five corner vents assist a fast inflation and the low overall canopy height reduces the volume to be filled. Altogether, this means that the PENTAGON is fully open very quickly after loosing only a little height. This is critical when close to the ground, but it also reduces the risk of the parachute getting tangled in the paraglider’s lines before opening.

High oscillation damping. Unlike a circle or a square, a five side object lacks point symmetry. In other words, in a pentagon, on the opposite side of a corner is an edge and opposite every edge is a corner. Regardless if the initial pendular impulse is towards a corner or an edge, the restoring force in a pentagon is clearly different. The pendular movement is disrupted and this dampens unwelcome oscillations, which in turn greatly reduces the risk of a hard impact.

The PENTAGON is made entirely from Porcher Sport PN9 cloth. This cloth is used for BASE parachutes and is characterised by its durability and water resistance. This guarantees that even after a water landing, the PENTAGON remains fully functional. No other parachute cloth offers the same degree of water resistance, consistent low porosity and great strength.

All lines are all the same length and colour-coded. They are also equal distance from each other. Using the packing loops, the PENTAGON is very easy to pack and the risk of mistakes is minimal. 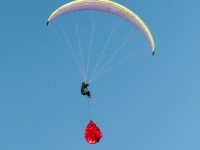 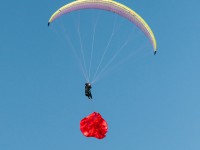 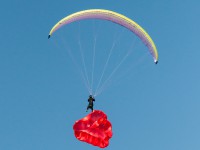 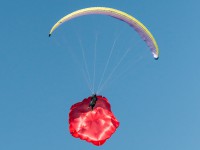 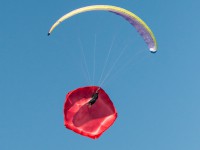 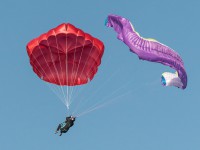 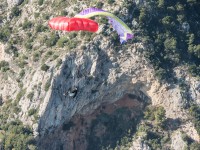 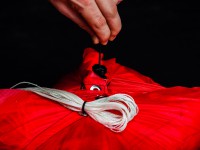 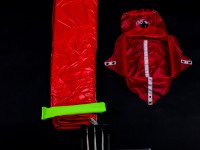 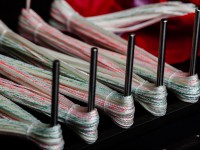 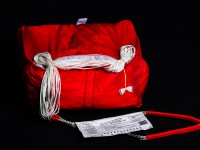 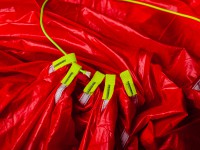 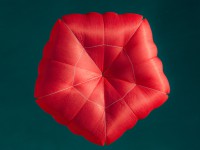 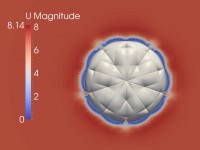 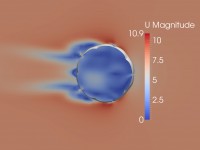 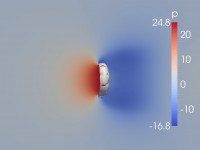 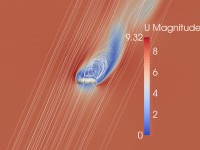 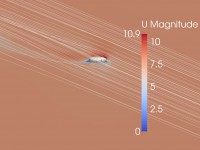