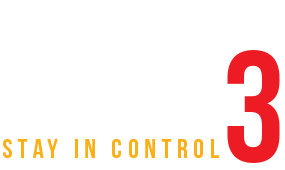 In 1995 the Beamer opened a new chapter in the history of paraglider reserve parachutes. Our Rogallo concept changed the scene for ever, and the Beamer 1 still waits, ready for action, in many harnesses. In 2010 the Beamer 2 set another benchmark for steerable reserves. Its proven concept, new features and improved qualities convincingly established the Beamer 2 in the market. The Beamer 3 builds on the best features of the Beamer 2. A completely redeveloped Beamer 3 riser system improves opening, operation and installation – the success story continues! 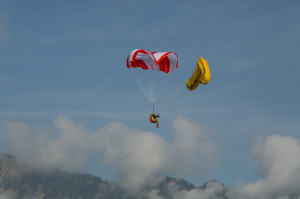 Opening time is the most important reserve criterion. If a reserve has to be thrown at low altitude – and that is often the case – a single second can make all the difference. The Beamer 3’s special shape and particular folding technique help it open up to 50% faster than normal round canopies; the Beamer 3 is setting EN Test records. 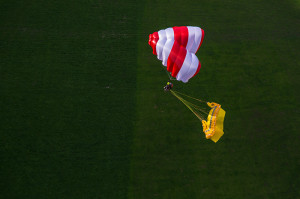 Assuming a reserve is open with its paraglider in a stable situation the next most important thing is sink speed. Low wing loading and modest forward speed give the Beamer 3 an unrivalled low sink rate. The EN certification authority has confirmed a sink rate of 3.9 m/s at maximum weight of 130 kg (without the paraglider). The additional braking effect of a paraglider reduces this value to less than 3m/s. 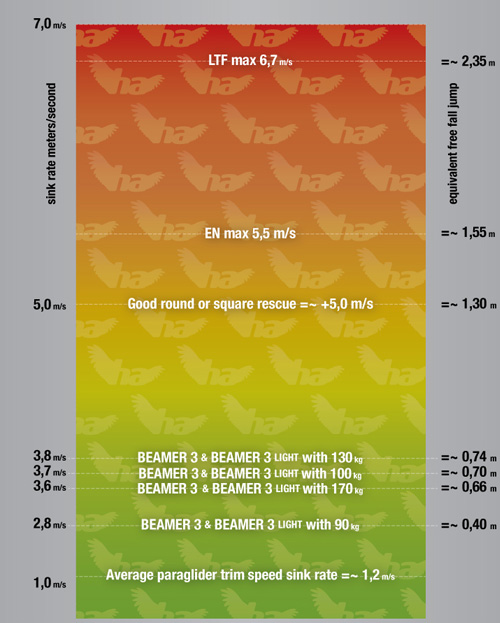 When developing a Rogallo our main focus is how it works with the paraglider. After reserve opening the paraglider can stay attached (the usual emergency situation – no quick release/cutaway). Here the Beamer 3 really plays its trump card, and is far superior to the smaller models on the market in this respect. After a fast opening the Beamer 3 quickly takes control. It goes into very slow forward flight and therefore does not encourage the paraglider to disturb it. The Beamer 3 achieves Its stability, among other things, by its low wing loading.

As a special feature we elected to further develop the braked opening configuration for the Rogallo – successfully applied to the Beamer 2. This results in even less forward speed and provides what most pilots need – the advantages of a round canopy’s vertical flightpath, plus those of a steerable forwards-flying Rogallo. For example, if the Beamer opens alongside a rock face, or in strong wind, its initial descent will be almost vertical. Then, after its steering lines have been activated, the Rogallo’s forward speed can be used. If the pilot has enough height he can then steer the Beamer 3 away from danger (e.g. rocks, water, buildings etc.).
The braked opening configuration automatically includes another important effect: what is known as ‘downplaning’ is effectively prevented. This scissoring problem happens when paraglider and reserve (round canopies too) both develop forward speed while pulling against each other, and both head straight downwards. This raises the sink speed markedly, and the risk of injury dramatically. The Beamer 3’s pre-braking and its large area oppose this: the braked Rogallo surface refuses to be accelerated in this way. 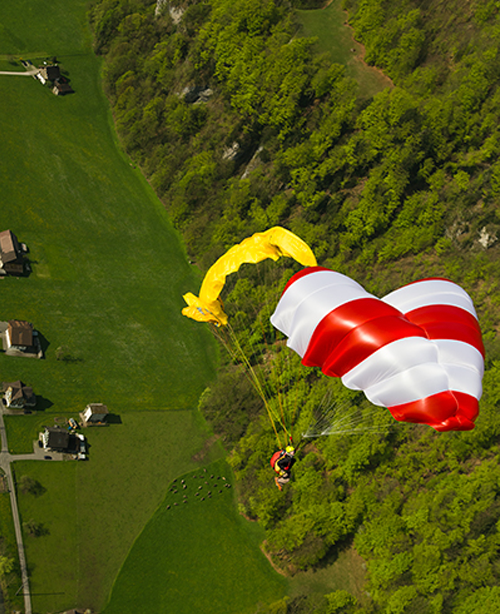 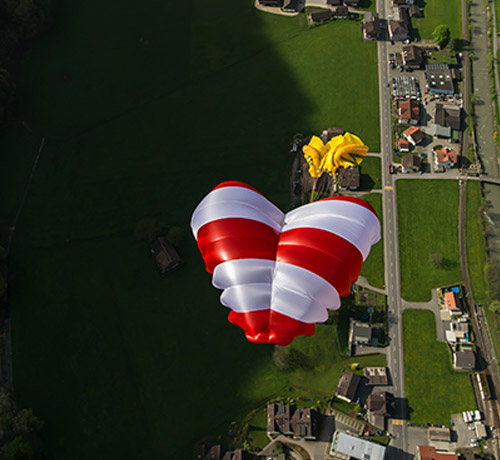 Paraglider under tow: In real-life reserve-throwing situations the paraglider can become a massive problem. In many cases the paraglider is already collapsed, both during and after reserve opening, and therefore prevented from flying. Here the Beamer 3 descent is a pure pleasure. The canopy reacts immediately to steering commands and sinks at its slowest rate. When the reserve is thrown while the paraglider is flying normally, such as during SIV training, the descent characteristics of both Rogallo and round reserve can be affected. If the paraglider reopens itself during a reserve descent it can easily be prevented from flying by B-stall, or reefing in. This will greatly improve steerability. Countless examples in practice confirm the problem-free behaviour of all Beamers in every possible situation.

Paraglider tangled up in the Rogallo lines: Here pilots with a cutaway system can fully appreciate the Beamer 3’s qualities. Glide performance doubles – with slightly increased sink speed. Cutaway carabiners mainly make sense in competition flying (more risk of collision) or for acro. A suitable seatbelt cutter, secured on a long bungee, would do the same job in an emergency. 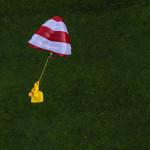 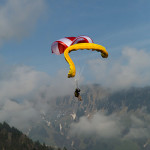 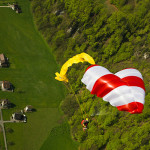 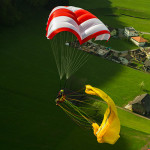 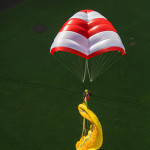 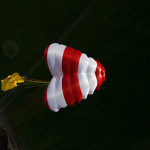 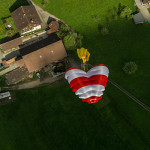 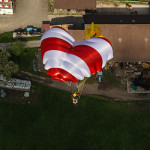 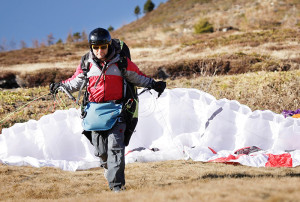 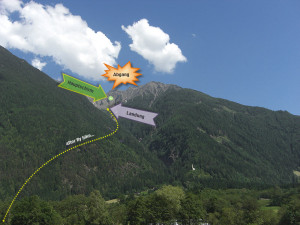 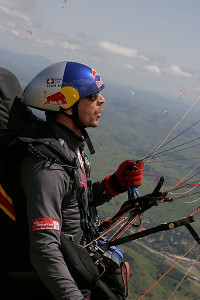 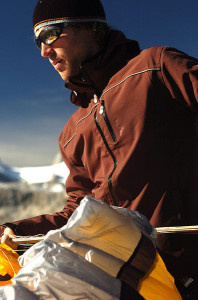 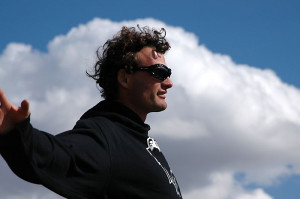 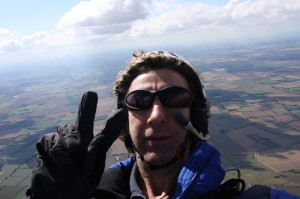 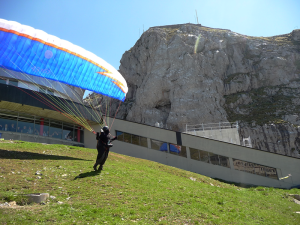 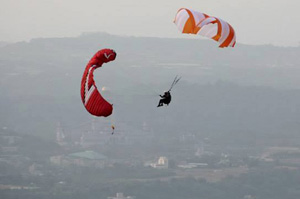 Timothy Stahl tossed beamer 2 rogallo
“I was dialing into in my new harness, and I decided it was time to try a full stall. Well, I entered the stall asymmetrically and stayed in the unstable position too long, resulting in some twists. I was unable to get the twists worked out before reserve throwing altitude, so I tossed my beamer 2 rogallo. The beamer 2 opened quickly and without any forward motion. Actually, I had some difficulty wrestling with my riser-twisted glider to stop the mirror-effect, so I never got to deploy the brakes on the beamer 2. Still, in this no-forward-speed configuration, the beamer 2 put me down like a feather. Hurray! and hopefully next time I will even get it flying.”